Talking About the Little Red Dot 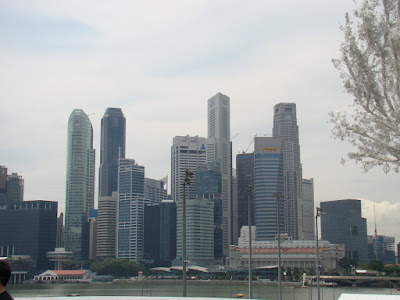 Talk about Singapore and one is most likely to go “Where?”  ” Is it a part of China?” No it’s not. Singapore is a country in its own rights.

Many people may not have heard about this island country but it is located in Asia between Malaysia and Indonesia. It has been given the endearment the “Little Red Dot” after the former Indonesian President B.J. was regarded as having criticized Singapore in an article published in the Asian Wall Street Journal of 4 August 1998.

Since then this term has been used to describe our little country and its resilient nature in fighting back adversity in our current harsh economic climate.

A Brief History of Our Island Nation

Singapore was formerly called Singapura (Lion City) during the time of Sang Nila Utama who founded ancient Singapore. During the times of Sir Stamford Raffles in 1819 we became a British Colony until the Japanese took over during World War II from 1942-1945.

Singapore’s first general election was held in 1955 and during the May 1959 elections, the People’s Action Party won a landslide victory. Singapore had become an internally self-governing state within the Commonwealth, with Lee Kuan Yew as the first Prime Minister.

On 31 August 1963, Singapore declared independence from Britain and joined with Malaya, Sabah and Sarawak to form the new Federation of Malaysia as the result of the 1962 Merger Referendum. However, this was short-lived as Singapore broke away from Malaysia and gained independence as the Republic of Singapore (remaining within the Commonwealth) on 9 August 1965.

Our island nation has come far since it gained independence 47 years ago.  This  714.3 sq km island has a population of about 5.18 million of whom 3.25 million (63%) are citizens while the rest (37%) are permanent residents or foreign worker. We have four national languages English, Mandarin, Malay and Tamil and boost a multinational, multicultural society.

For a small nation we boast having one of the worlds best airport and being a garden city with lots of greenery all around making it a tropical paradise in this side of the world.

About 90% of Singaporeans stay in densely populated high-rise apartments. This metropolitan city boasts no natural resources besides human capita and our basic necessities like food and water are supplied by our neighbors Malaysia and Indonesia. This vibrant city is famous for its shopping and food with many eateries open 24/7. It is one of the cities in Asia that never sleeps and you can find things to occupy yourself anytime of the day.

There is no need to be bothered by the four seasons as we only have two throughout the year. It’s either wet or sunny or wet and sunny.  You can comfortably wear T-shirts, shorts and slippers the whole year round and don’t need to be bothered about dressing for the seasons.

Dominique Goh, Singaporean elementary school teacher, freelance writer and mom of three who is passionate about parenting and educating kids. In her free time you can see her dabbling in photography, cooking and cake decorating and blogging at Dominique’s Desk.