Lanterns and the Mid Autumn Festival 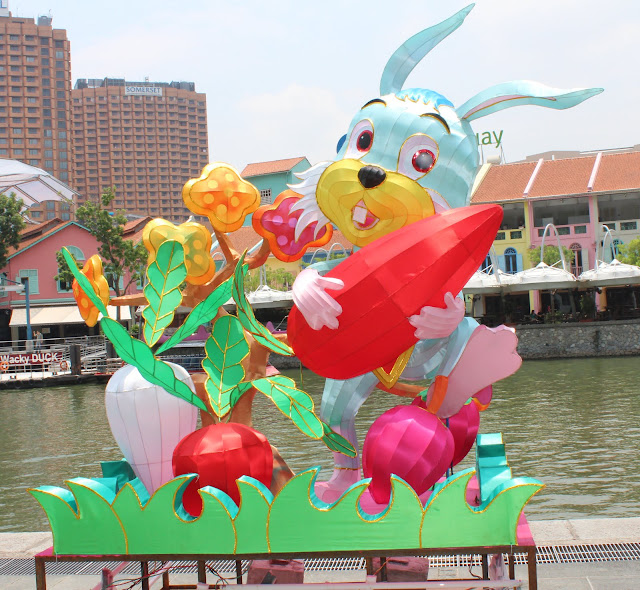 It is time for lantern gazing again. The Mid Autumn Festival will be celebrated on the 30th of September this year. The kids and I are really looking forward to enjoying a moonlight night  moon gazing while sipping on Chinese tea and eating moon cakes.

If you are wondering about how the tradition of moon gazing started, according to ancient Chinese folklore it all began many centuries ago. Chang’e, the wife of a merciless ruler, drank the elixir of immortality to put an end to her husband’s evil deeds. After consuming the elixir she found herself floating up to the sky and ended up on the moon and has been living there ever since. There are a few  versions of the story but this is the most popular version told. 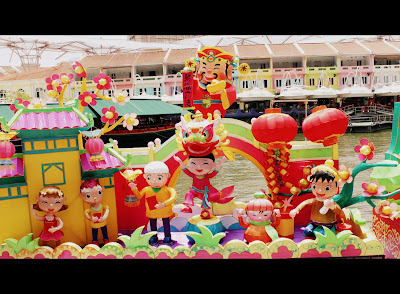 This year we brought the kids down to the Singapore River to look at the lanterns which were on display by the riverside. The theme this year was based on the Chinese zodiac and there was a lantern for each animal. I love the vivid  colours of the lanterns and there were even scenes from different stories in Chinese mythology placed on floats that were tied to the banks of the river.

The kids could identify with the God of Wealth and some of the other characters that we saw on the floats. They had lots of fun taking pictures standing next to the different lanterns.

Do you celebrate the Mid Autumn Festival ?

Dominique Goh, Singaporean elementary school teacher, professional blogger and mom of three who is passionate about parenting and educating kids. In her free time you can see her dabbling in photography, cooking and cake decorating and blogging at Dominique’s Desk. Images are by D. Goh.